The 16th Philippine ToyCon which is known now as Philippine ToyCon PopLife Fanx held an opening Salvo at Uptown Mall BGC last June 15-18. They showcase some of the Toy collection that will showcase also in the most awaited fun fest of ToyCon 2017. As the opening salvo Toycon experience, the organizers held a media press conference and shre to us what are the upcoming surprises for Toycon PopLife FanX experience 2017.

As one of the Toy faatic as well as Cosplay Fanatic, Toycon is a big venue for me to see such incredible toys and fantasti cosplayers. As the ToyCon being one of the biggest now in the Philippines, the organizers promise to bring more surprises with lot of known foreign artists to show up during the 3 day ToyCon event.

To Know more about the event, here’s the Press Release coming from the ToyCon Organizers:

ToyCon Pop Life FanXperience 2016 was the biggest celebration of all things associated with pop-culture such as toys, games, movies, cosplay, anime and collectibles.

FanXperience made ToyCon the staging-ground of the “ultimate fan experience” for the local fan base who got to get up close and personal for the first time with international celebrities like Kristian Nairn from Game of Thrones and Dean Cain from the Adventures of Superman.

This year the TOYCON POP LIFE FANXPERIENCE 2017 takes it up a notch higher and promises bigger entertainment and a whole new playground for the digital generation.

WHAT’S IN IT THIS YEAR?

TOYCON POP LIFE FANXPERIENCE launches to the stratosphere with not just one, two or three but SEVEN big international celebrities for the Filipino fans to enjoy an up close and personal encounter! These include

The FanXperience will certainly give lucky fans a chance to interact one-on-one with these big celebrities through the live panels and Meet & Greet sessions.

The TOYCON also boasts of some of the biggest exhibits in the world of popular culture and this year’s highlights include:

Japan’s top toy brand, Kotobukiya, displays its latest line of Marvel, Star Wars and DC figurines along with the launch of the Frame Arms Girl Anime and merchandise.

Warner Brothers features its movie exhibit of its upcoming line of hit movies, IT, Ninjago, Justice League and the original movie prop doll of the horror cult classic, Annabelle.

Pop Life Entertainment brings your ideas to life in the Creator Stage! All digital content creators and online celebrity aspirants can make their mark on the digital stage by creating their own content right at the Pop Life Creator Stage at the 2nd level of the SMX Convention Center. Share your genius and get a chance to be part of a global leader in multi-channel networks, Pro Am Studio!
Enjoy a brand new set of toys in a whole new playground as the TOYCON POP LIFE FANXPERIENCE happens on
June 30 to July 2, 2017 SMX Convention Center Manila Mall of Asia Complex, Pasay City

Tickets are available online at SMTickets.com 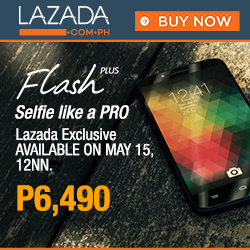 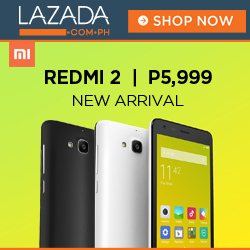